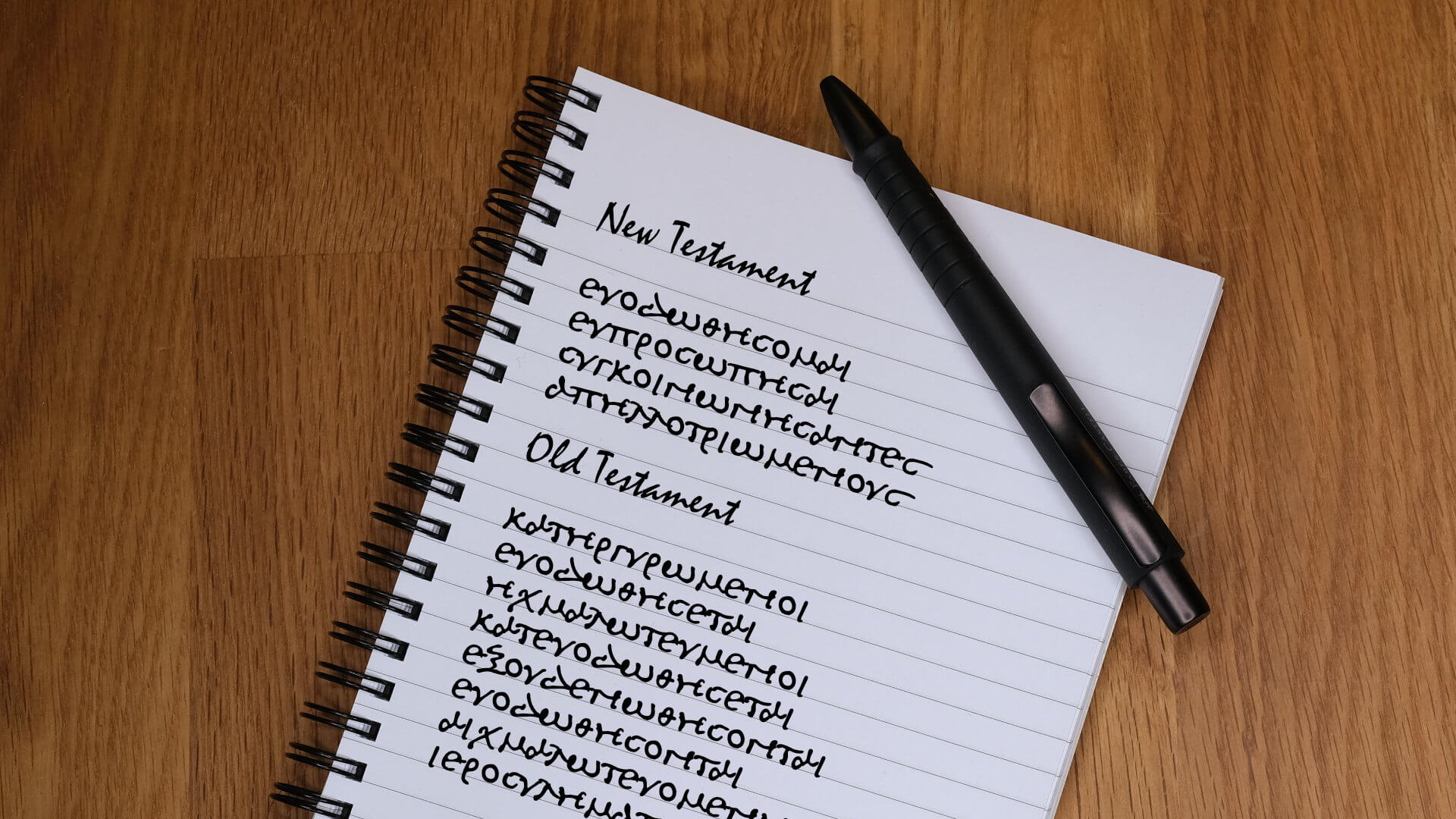 I already have a post about Greek words that use only vowels. But my research for that post got me to thinking… Surely there’s a Greek word somewhere that has all of the 7 vowels in it! (α, ε, ι, η, ο, υ, ω) I knew there had to be a way to find that word, but alas, I had not the technical skills to accomplish it.

Enter my good friend Jeffrey. I casually mentioned my dilemma to him, and pretty soon he whips out his phone and starts writing a Python script that would search the list of Greek headwords that I found in my research for my previous post! Within an hour or so, he had figured out the code to return the results I wanted, and had handed over to me a list of not just one word, but 28 Greek words that used every single vowel in them!

Now most of these will be obscure words that you’ve never heard of, but hopefully there will be a few that sound familiar! So without further ado…

There are some mouthfuls in there too! Some of those are so long they should be outlawed from all lexica past and present. 🙂 You can look up any of these words at LSJ online.

But unfortunately, I don’t think any of those words show up in the Greek Bible. So I decided to just search the Greek LXX and NT to see if I could find any that might be a little more familiar to a Bible student who knows Greek. After some wrangling of Jeffrey’s code (and with some helpful advice from him), I managed to run the script on both the Greek New Testament and the LXX!

Words in the Greek New Testament that use every vowel

Words in the Greek Old Testament (LXX) that use every vowel

I was surprised to see that there was actually a word (εὐοδωθήσεται) that occurred 9 times! The same word appears in the GNT in a different form too (εὐοδωθήσομαι).

According to the data here, it took the good Greeks at least 10 letters (ἡλιοκαυτέω) to create the shortest Greek word that contains all 7 vowels. Technically that ε doesn’t count though, because that’s just the lexical form; you would never actually see the word written in a sentence with the ε. So the real shortest word is actually 11 letters, and there are four three of them (not counting πηδᾰλιουχέω because it also has a ghost ε):

But… this is a very limited corpus! Only a list of headwords and the text of the Greek OT and NT were used to find these 39 unique words. There must be hundreds of thousands more words out there (in all the different cases and verb conjugations) that may possibly yield a shorter word yet. Hmm… maybe I need to search a bigger ancient Greek corpus.

Well anyway, there you have it. Next time you’re teaching the alphabet to your beginner Greek students you can impress them by showing them a word that has every single one of the Greek vowels in it!

Header image adapted from this image by Alex Barcley from Pixabay

1 thought on “Greek Words That Contain Every Vowel”