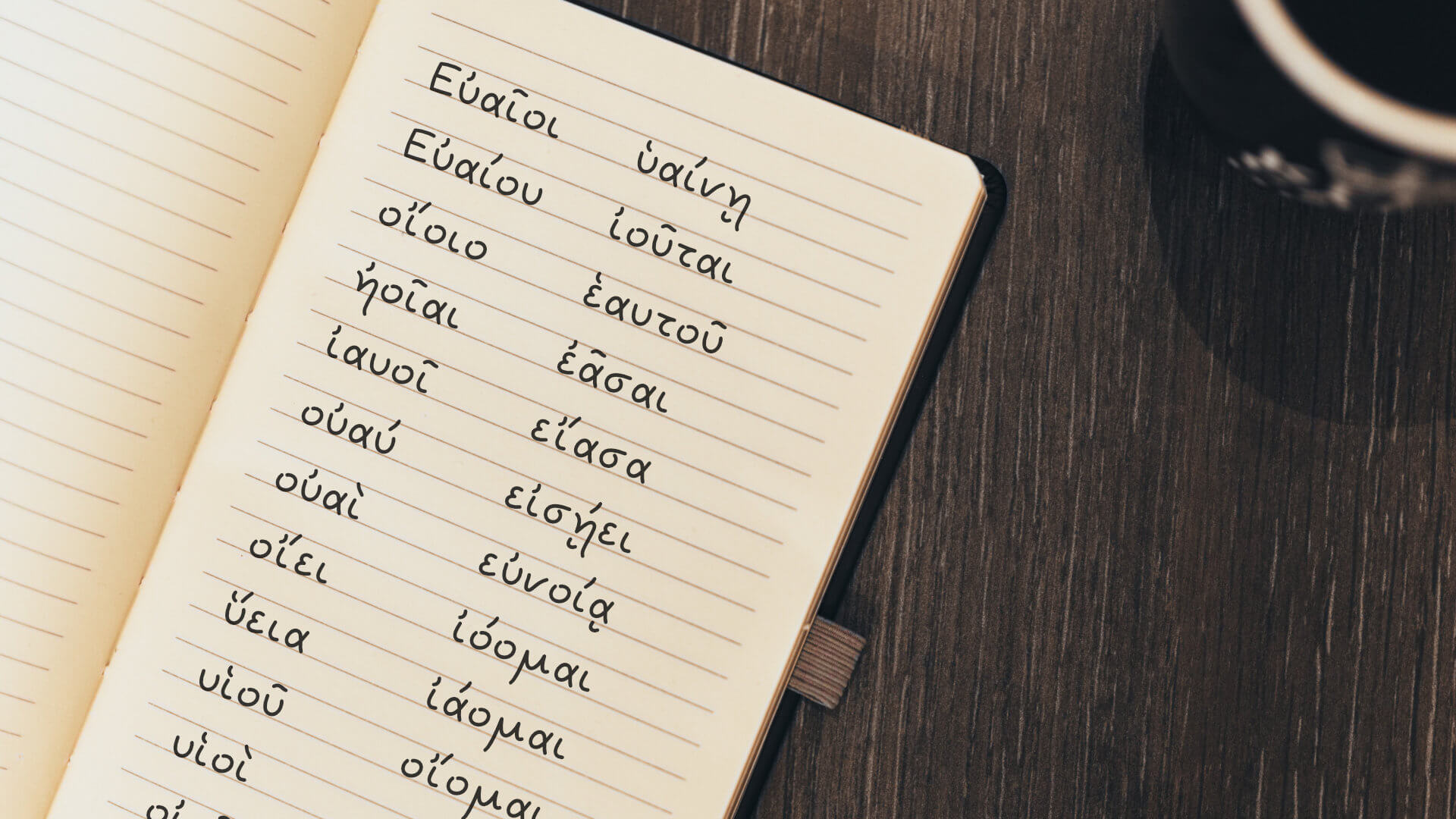 This a quick, fun post about words in Greek with too many consecutive vowels. I had never given this topic much thought until I came across this interesting little post by Alistair Wilson. That got me to thinking and researching a little bit, and the results were fascinating!

So let’s start with the big guys! Here’s a (very short) list of Greek words with six consecutive vowels. Not only are there six vowels all in a row, but these Greek words are made up only of vowels! No consonants allowed. 🙂

Hover (or tap) the footnote numbers to see what the word means, and where you can find an example of it being used.

Interestingly, the six vowel words found above are “borrowed” too (or, more properly, transliterated from Hebrew and Latin, so they’re not technically “Greek” words, but loanwords.)

Greek Words With Only One Consonant (But lots of Vowels)

Other Interesting Greek Words With Many Vowels

How I Found These Words

When I first started looking, I just used some educated guesses. Then I tried typing random series of vowels into Accordance Bible Software‘s search bar, and looking down through the suggested results. Finally, I got more serious about finding the words, so I turned to regex. I used the following expression to search through both the Greek New Testament and the Greek Old Testament (LXX) for more words:

Eventually, I found a better way to do the same search!

Finally, I started turning to extra-biblical sources. I found several of the words by searching in this list of Greek headwords using my regex search above. Another invaluable tool was Perseus, which I used for finding examples of those words in Greek literature. A few more words were located by doing a wildcard search (e.g. for ‘*υιαι’) with University of Chicago’s PhiloLogic4 tool for Greek.

Did you find a word that I missed? Comment below, and I’ll add it to the list!

6 thoughts on “Greek Words With Many Vowels”