I already have a big page of quotes about Greek, but some of those were beginning to overlap, so I’m starting a new page for quotes specifically about Bible Translation here! (Some of these were moved from the Greek quotes page.)

One who translates a verse literally is a liar, since he distorts the meaning of the text, and conversely, one who adds his own translation is tantamount to one who curses and blasphemes God.1 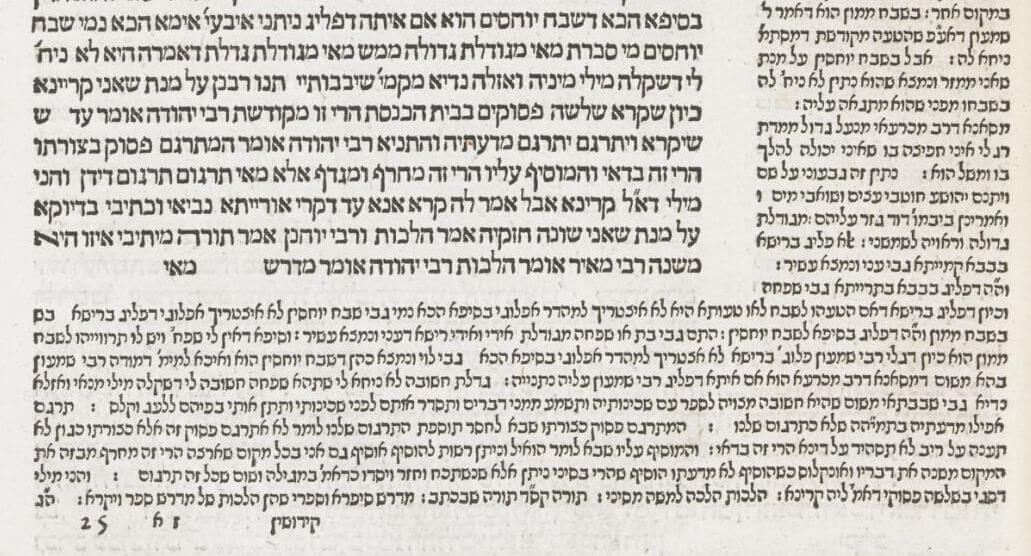 Which thinge onlye moved me to translate the new testament. Because I had perceaved by experyence, how that it was impossible to stablysh the laye people in any truth, excepte the scripture were playnly layde before their eyes in their mother tonge, that they might se the processe, ordre and meaninge of the texte: for els what so ever truth is taught them, these ennymyes of all truth qwench it ageyne, partly with the smoke of their bottomlesse pytte wherof thou readest apocalipfis ix. that is, with apparent reasons of sophistrye & traditions of their awne makynge, sounded with out grounde of scripture, and partely in jugglinge with the texte, expoundinge it in soch a sense as is impossible to gether of the texte, if thou see the processe ordre and meaninge therof.2

Indeed, I disagree very much with those who are unwilling that Holy Scripture, translated into the vulgar tongue, be read by the uneducated as if Christ taught such intricate doctrines that they could scarcely be understood by very few theologians, or as if the strength of the Christian religion consisted in men’s ignorance of it. The mysteries of kings, perhaps, are better concealed, but Christ wishes His mysteries published as openly as possible. I would that even the lowliest women read the Gospels and the Pauline Epistles. And I would that they were translated into all languages so that they could be read and understood not only by Scots and Irish but also by Turks and Saracens. … Would that, as a result, the farmer sing some portion of them at the plow, the weaver hum some parts of them to the movement of his shuttle, the traveler lighten the weariness of the journey with stories of this kind! 3

Now as we have chiefly observed the sense, and labored always to restore it to all integrity, so have we most reverently kept the propriety of the words, considering that the Apostles who spake and wrote to the Gentiles in the Greek tongue, rather constrained them to the lively phrase of the Hebrew than enterprised far by mollifying their language to speak as the Gentiles did. And for this and other causes we have in many places reserved the Hebrew phrases, notwithstanding that they may seem somewhat hard in their ears that are not well practiced and also delight in the sweet-sounding phrases of the Holy Scriptures.4

Translation it is that openeth the window, to let in the light; that breaketh the shell, that we may eat the kernel; that putteth aside the curtain, that we may look into the most Holy place; that removeth the cover of the well, that we may come by the water, even as Jacob rolled the stone from the mouth of the well, by which means the flocks of Laban were watered. Indeed without translation into the vulgar tongue, the unlearned are but like children at Jacob’s well (which was deep) without a bucket or some thing to draw with: or as that person mentioned by Isaiah, to whom when a sealed book was delivered, with this motion, Read this, I pray thee, he was fain to make this answer, I cannot, for it is sealed.5

Because someone has the gift of languages and understands them, that does not enable him to turn one into the other and to translate well. Translating is a special grace and gift of God.6

What is the point of needlessly adhering so scrupulously and stubbornly to words which one cannot understand anyway? Whoever would speak German must not use Hebrew style. Rather he must see to it—once he understands the Hebrew author—that he concentrates on the sense of the text, asking himself, ‘Pray tell, what do the Germans say in such a situation?’ Once he has the German words to serve the purpose, let him drop the Hebrew words and express the meaning freely in the best German he knows.7

In translating the book of Job, Master Philip, Aurogallus and I have taken such pains that we have sometimes scarcely translated three lines in four days. Now that it has been translated into German and completed, all can read and criticize it. The reader can now run his eyes over three or four pages without stumbling once, never knowing what rocks and clods had once lain where he now travels as over a smoothly-planed board. We had to sweat and toil there before we got those boulders and clods out of the way, so that one could go along so nicely. The plowing goes well in a field that has been cleared. But nobody wants the task of digging out the rocks and stumps. There is no such thing as earning the world’s thanks. Even God himself cannot earn thanks, not with the sun, nor with heaven and earth, nor even the death of his Son. The world simply is and remains as it is, in the devil’s name, because it will not be anything else.8

“I have undertaken to translate the Bible into German. This was good for me; otherwise I might have died in the mistaken notion that I was a learned fellow.” 9

…by Dr. Hatch’s method, we should conclude that “Comforter” and “Advocate” were synonymous, the word παράκλητος, which they both represent, having unquestionably the same meaning in all its occurrences. Apart from difference of judgment as to the rendering of a word, there are very few translators whose work can be safely taken as a standard of the usage of their own language. The English Version stands high in this respect, yet we find words incorrectly used in it: for example, “soul,” where “life” is meant. We are not, however, to infer that “soul,” “life,” “appetite,” “person,” “creature,” are synonymous because they translate the same word, nephesh, which has indeed a dozen other renderings in the English Bible. Yet the English Version is much more homogeneous than the Septuagint, which is really a collection of versions made by a series of independent translators, differing both in their knowledge of Hebrew and in their command of Greek.10

The real New Testament is the Greek New Testament. The English is simply a translation of the New Testament, not the actual New Testament. It is good that the New Testament has been translated into so many languages. The fact that it was written in the koiné; the universal language of the time, rather than in one of the earlier Greek dialects, makes it easier to render into modern tongues. But there is much that cannot be translated. It is not possible to reproduce the delicate turns of thought, the nuances of language, in translation. The freshness of the strawberry cannot be preserved in any extract. This is inevitable. 11

The trouble with all translations is that one’s mind does not pause long enough over a passage to get the full benefit of the truth contained in it. The Greek compels one to pause over each word long enough for it to fertilize the mind with its rich and fructifying energy. The very words of the English become so familiar that they slip through the mind too easily. One needs to know his English Bible just that way, much of it by heart, so that it will come readily to hand for comfort and for service. But the minute study called for by the Greek opens up unexpected treasures that surprise and delight the soul.12

One who made it his life’s work to interpret French literature, but who could only read it in an English translation, would not be taken seriously; yet it is remarkable how many ministers of religion week by week expound a literature that they are unable to read save in translation!13

Too often Bible translators have been unduly concerned because they could not find particular words in a receptor language or could not discover similar expressions in the indigenous oral literature. One translator even insisted that he could not employ the figures of speech in Mark 1:3 (Prepare the way of the Lord; make his paths straight) since these did not already occur in the receptor language in which he was working. Accordingly, he rendered these two clauses as “Do good; stop doing bad; the Son of God is coming”. This is a very worthy admonition, but it is not what Isaiah said and is certainly not a translation of what Mark wrote in his Gospel. The genius of language is precisely its capacity to express thoughts which the people have not heard before. Failure to appreciate the significance of this in the translation of the Bible may be an exaggerated form of paternalism.14

When people ask me which version of the Bible they should use, I have for many years told them that I don’t much mind as long as they always have at least two open on the desk. It is, of course, better for everyone to learn Greek. The finest translations are still, basically, a matter of trying to play a Beethoven symphony on a mouth-organ.15

The practice of translation, as I have learned from experience, entails an endless series of compromise, some of them happy, some painful and not quite right because the translator has been unable to find an adequate English equivalent for what is happening—often brilliantly—in the original language.16

The Bible itself does not generally exhibit the clarity to which its modern translators aspire: the Hebrew writers reveled in the proliferation of meanings, the cultivation of ambiguities, the playing of one sense of term against another, and this richness is erased in the deceptive antiseptic clarity of the modern versions.17

All translations are imperfect things. As a translator, you find yourself constantly weighing sound against meaning, fidelity to the original against idiomatic aptness in the target language, and you are often not entirely sure that you have made the right decision.18

I view with unmitigated horror the multiplication of Bibles with notes designed for narrower and narrower groups. It will not surprise me if we soon have Bibles designed for left-handed athletes from Nebraska. These trends merely serve the idolatrous notion that God and his Word exist primarily to serve us in all our self-focused individuality.19

The Lamogai translation of the Scriptures is not perfect. But no English translation is perfect either. The difference is that in English-speaking countries, we have the huge advantage of being able to compare dozens of Bible version side by side. In this sense, we are incredibly rich beyond the wildest dreams of most of the rest of the world. Yet sometimes, I think we squander this great wealth. Not only do we fail to take full advantage of it; we also allow it to become a source of disagreement among us.20