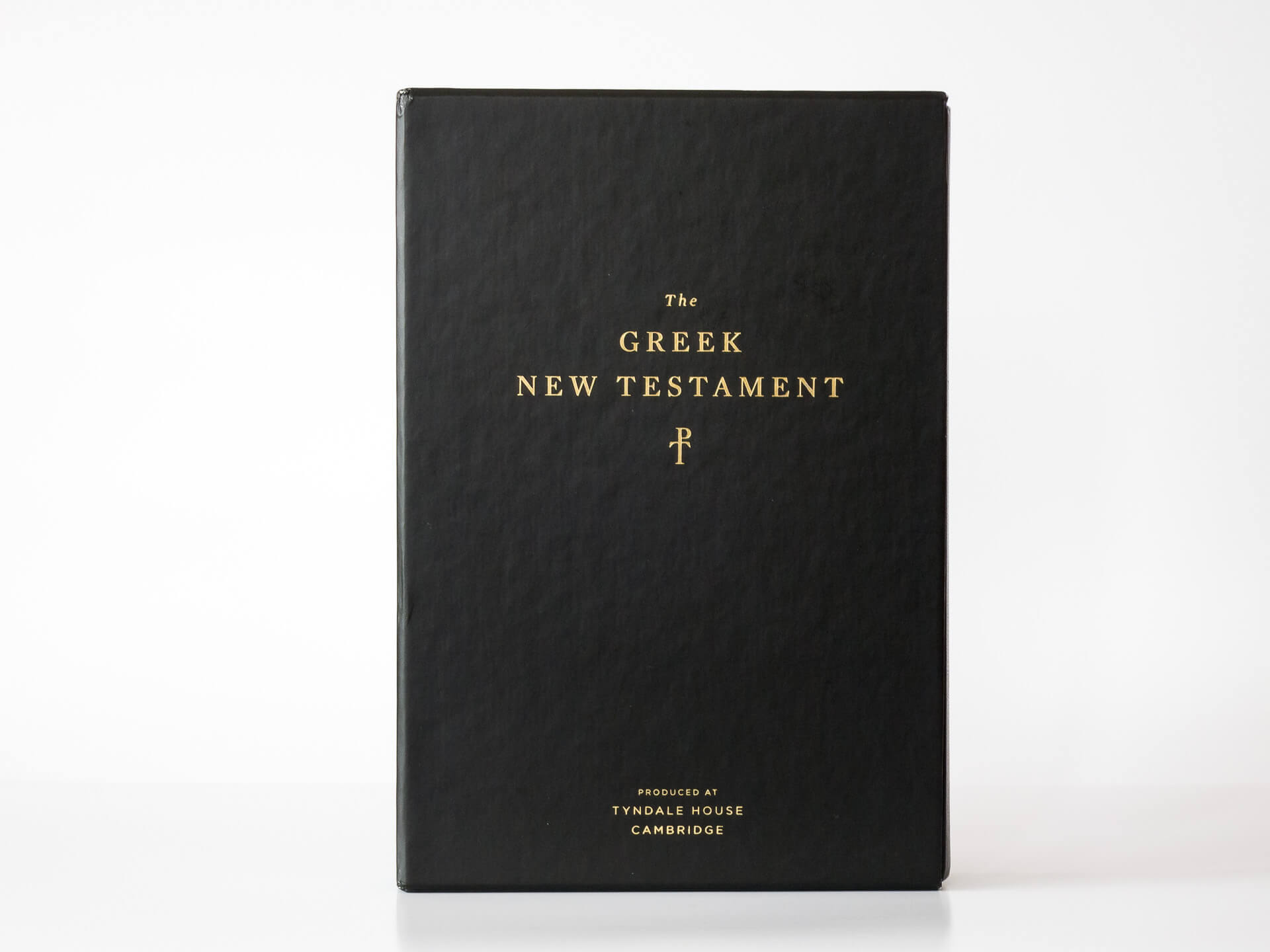 I’ve been reading through the New Testament in Greek recently from The Greek New Testament, Produced at Tyndale House, Cambridge (THGNT) pictured above. Anyone who knows me knows that I appreciate good Bible design, and the THGNT comes the closest yet to the perfect Greek New Testament that I’ve seen. But that’s the subject of another post. 🙂

Anyway, as I was reading along, I came to Chapter 16 of Mark, and noticed a rather unique insertion into the text at the end of Mark 16:8 (framed in red below).

Clearly that’s not part of the original text, so what is it? Just in case you’re having trouble reading Greek in ALL CAPS, here’s a regular version:

In some of the copies, the evangelist finishes here, up to which (point) also Eusebius of Pamphilus made canon sections. But in many the following is also contained.

(English translation from the THGNT’s apparatus)

It looks like a scribal note about the ending of Mark which the THGNT editors decided to include in their edition of the Greek NT as an explanation (or preface) to the longer ending! If we look down in the THGNT apparatus for Mark 16:8, we find an explanation of the source: “note as found in minuscule 1“.

Well, that piqued my interest, so I did a little online sleuthing, and found some digital images of miniscule 1 (GA #30001). There’s the note, right at the top of the page! (I added a blue box around it for clarity).

Fascinating stuff! I love any excuse to look at old biblical manuscripts. 🙂

I would dearly love to have heard the discussions that the THGNT committee had about this passage, and what it was that eventually sold them on the idea to include a scribal note from a 12th century manuscript!

Whatever the case, I rather like the idea of using an ancient explanatory note found in a biblical manuscript, rather than the terse heading: “THE LONGER ENDING OF MARK” that you’ll find in the UBS4:

Or the even more cryptic markings in the apparatus of the NA27.

Some of the THGNT’s other claims to fame include some rather unique ancient spellings (“γεινώσκετε” anyone?), and its preservation of the ancient method for paragraphing (outdenting the first line instead of indenting, see the first image in this post). But I think my favorite “quirk” of the THGNT is that neat little note from the scribe of miniscule 1!

Here are some relevant resources on the “longer ending” of Mark that I’ve come across. Thanks to those who commented below with links to additional resources!

5 thoughts on “The THGNT and the “Longer Ending” of Mark”