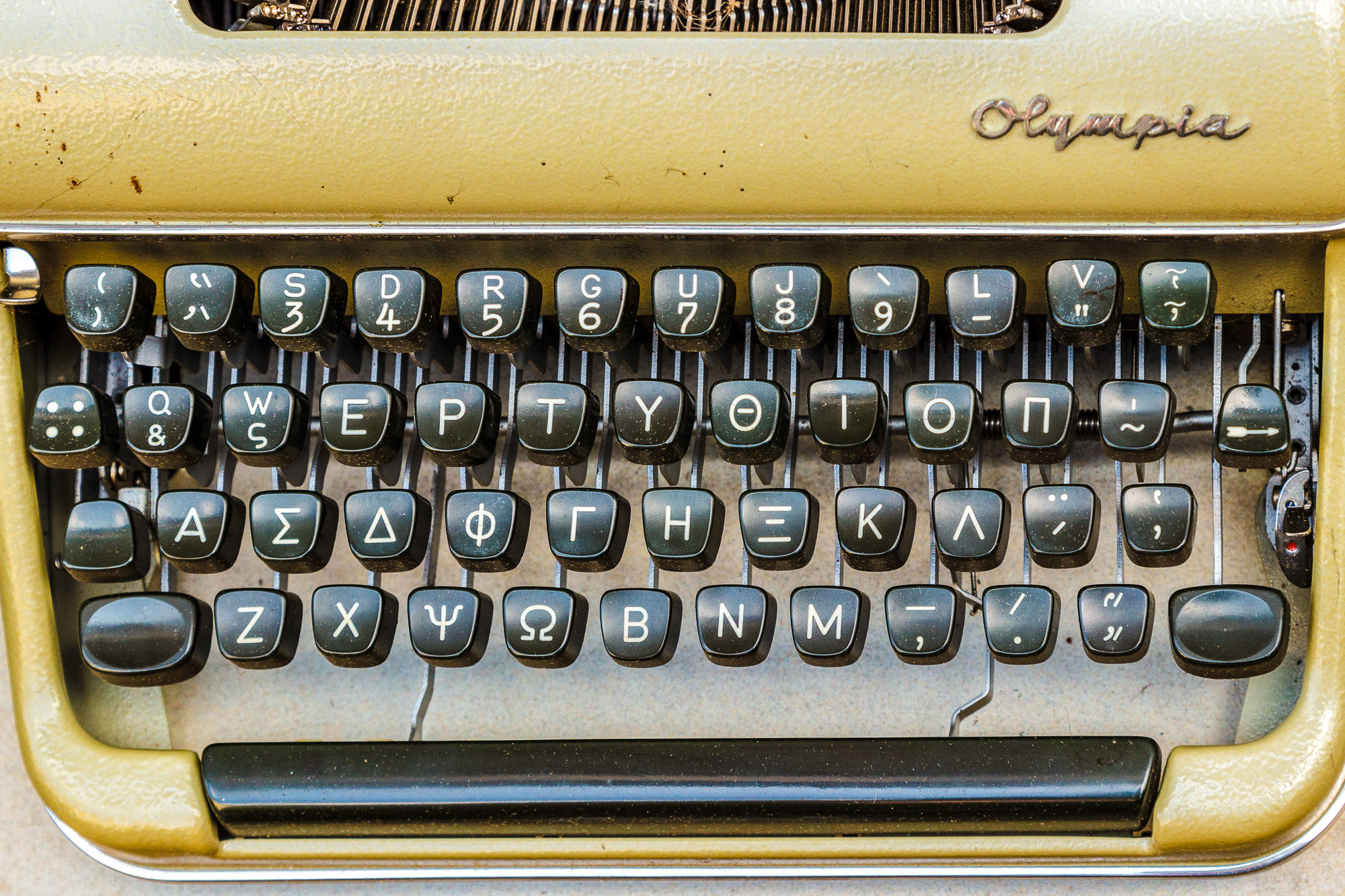 If you’re anything like me, you greatly dislike trying to read Greek transliterated into English letters. Try reading “En archē ēn ho logos” compared to Ἐν ἀρχῇ ἦν ὁ λόγος and tell me which is easier (and more realistic). Reading Greek written in English letters is like going to Walmart with Monopoly money instead of genuine US currency. You can pretend you’re buying something, but anyone who knows what real currency looks like will laugh you to scorn when they see your wallet full of Monopoly money.

However, it can be rather complicated and frustrating to type on a regular QWERTY keyboard and have Greek letters come out. Even if you manage to figure out how to set your PC’s keyboard language to Greek, (Mac users see here for instructions) chances are that the letters are not arranged in a logical order that would make sense, (i.e. you would expect that the “u” key would produce the ύψιλον (υ) character, but that is not always the case.)

Another important consideration is how to add all those “little squiggles,” (breathing marks, accents, circumflexes and subscripts). Unless you happen to have Google DuckDuckGo handy to help you figure out how to input Greek breathing marks and accents on a PC, you’ll probably be lost.

On top of that, it can get rather confusing and a little annoying to constantly have to switch keyboard languages.

Ideally, someone would invent a keyboard that is intelligent enough to type Greek characters “normally” for people who are accustomed to typing with a plain old QWERTY keyboard.

With this keyboard, I would type “d” to get a δ, and “u” to get an υ! In addition, if I need to add a rough breathing mark or an accent, I can use a key that makes logical sense and is easy to remember. (For example, the “(” key could be used for the rough breathing mark.)

Ladies and gentlemen, may I present to you: typegreek.com! All you have to do is to start typing, and it will take care of transliterating your English characters into the proper Greek ones automagically! And if you do struggle for some reason, and can’t figure out how to input a particular letter or accent, just check out the handy alphabet key that tells you everything you need to know!

If you prefer an offline method for typing in polytonic Greek that works with any software on your computer, then you’ll definitely want to check out the excellent Keyman keyboards as an alternative to the built-in keyboards that you can get with Windows or Mac machines. I currently use Keyman’s Galaxie Greek/Hebrew (Mnemonic) keyboards, and I love them! They are intuitive, and fulfill my wish for a keyboard that maps “δ” to “d” and “υ” to “u”, and so on… It’s almost as easy as typing in English (but not quite, because English doesn’t normally use accents.) Check out their handy documentation to learn which keys to use for inputting accents and subscripts. Once you learn them it feels very natural and easy!